WiFi or Ethernet? Not so fast, most likely is both. 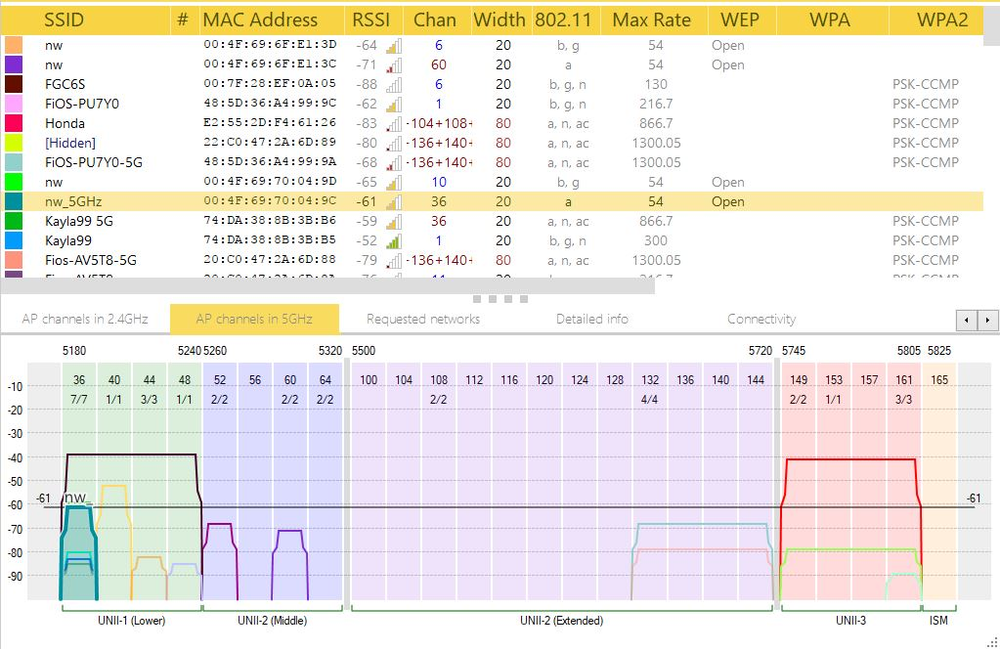 If you are reading this article changes are you’re new to wifi technology and find yourself wondering if it’s worth the hassle having all those Ethernet connections in the office. After all technology has evolved so much that being tight up to a physical location in the office seems so antiquated and counterproductive.

certification of the 802.11 ac standard, this accomplishment allows compatible devices to transfer heavy traffic such as 4K video, gaming, and multimedia streaming over the air at about 1 gigabit speed. With such an improvement one might wonder if Ethernet still has a role in the network infrastructure, after all both technologies offer gigabit speed. It is true that 802.11 ac Wave 2 devices offer gigabit connections but another interesting fact not known by most average users is that Ethernet also support communication at 10, 25, and 40 Gigabits per second so Ethernet still ahead a couple of light years when it comes to transmission speeds.

I’ll concentrate on comparing the 1gbp connections from WiFi and Ethernet as it relates to most businesses, after all even Ethernet’s most affordable 10Gbps connection has not been fully embraced by the market because of the associated costs of upgrading the network gear.

So comparing apples to apples, which one is better WiFi or Ethernet? When it comes to reliability and performance the answer is simple: Ethernet. However I don’t really know of any business in a metropolitan area that is either 100% WiFi or that is not introducing WiFi even when they’ve been 100% Ethernet for years. WiFi vs Ethernet are not archenemies like Rocky and Apollo trying to knock the other competitor out of the race but rather both technologies complement each other when properly implemented in network environment.

JDTech is located in Northern NJ and as such we provide IT support services including WiFi implementation and support to many businesses in office buildings and warehouses. Many times the conditions fro proper wireless implementations are less than ideal. Busy, congested, and overcrowded environments make WiFi implementations a bit of challenge because as most companies within a short distance of each other implement their own WiFi solutions it causes the WiFi spectrum to become saturated and as such everyone suffers. Remember that WiFi signals travel beyond the office’s physical boundaries, in a regular office business environment you have two or three different companies per floor broadcasting their unique networks, that’s without counting the floors above, below, surrounding buildings, and Internet Providers.

Spectrum saturation causes transmissions to become slow and unreliable as WiFi networks fight for their right to transmit over the WiFi channels. I’m sure you might’ve heard of switching from the 2.4GHz to the 5GHz band to avoid network congestion, although still applicable in certain situation everybody is doing the same and with the introduction of 802.11 ac devices are required to work on the 5GHz band to take advantage of the speed so the not so busy 5GHz and is becoming as congested as the 2.4GHz.

Does it mean that WiFi should not be implemented in overcrowded office environments like NYC because of the potential unreliability? Not necessarily as with proper planning and WiFi equipment you can have a successful WiFi implementation. A perfect example is what we did for a marketing company in Downtown NY, right in the middle of the Financial District this company reported users increasingly complaining about WiFi reliability only in the north east section of the office, unfortunately this was the lounge area where many employees decided to work from when not by their desks. After performing a WiFi scan we realized the next door tenant upgraded their Access Points to a more powerful units, one of their Access Points was opposite to ours and both configured on the 5GHz band. We simply had to relocate our Access Points (you have no control over some else’s network), adjust the power settings, hard code a channel (not really recommended but we did our due diligence analyzing the spectrum) and things worked after that.

That was a successful example but we’ve also had some situations where the spectrum was congested is certain areas that best logical approach was to simply not rely on WiFi in that area and we extended the Ethernet network, after all the goal is for reliable network communication.

Now let’s see how each technology addresses the points:

That brings me to the conclusion of this article, my goal was to show you that both WiFi and Ethernet complement each other and create the “network” in an office environment. As companies respond to employees request for mobility and technical changes you’ll see most modern network are hybrid of Ethernet and Wifi but in reality they’re just one network allowing communication over different mediums.

Did the article help? Good!.. We’re JDTech and provide IT Support Services including WiFi implementation in Northern NJ. Whether you need Wired Network and Wireless Network you can count on us to implement, diagnose, troubleshoot, and improve your network. www.jdtechsoltions.net | info@jdtechsolutions.net | 888-580-4450

Implementing 802.1X can help you improve WiFi performance and network security in your organization. 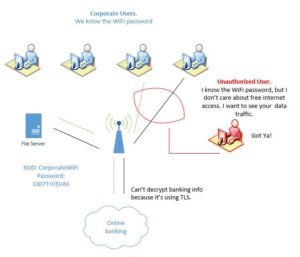